Going to Aggie football games has been a part of my life for as long as I can remember.  I remember going to yell practice as a kid on the steps of Cinderella's Castle at Disney Land when we lived in California and making the drive to College Station from Dallas often (when there was no soccer or volleyball to be played).  During my four-ish years in college, my parents came up every home game and threw massive tailgate parties with all of our family which was so great because I got to see them often and keep my fridge stocked with leftovers.  And the tailgate parties are still happening!

Barry and I really enjoy going, especially now that we live pretty close to College Station.  And, I am so thankful we have the chance to continue the tradition with our kids!  We have been taking Sawyer since she was little and this year Ty got to experience his first tailgate party. 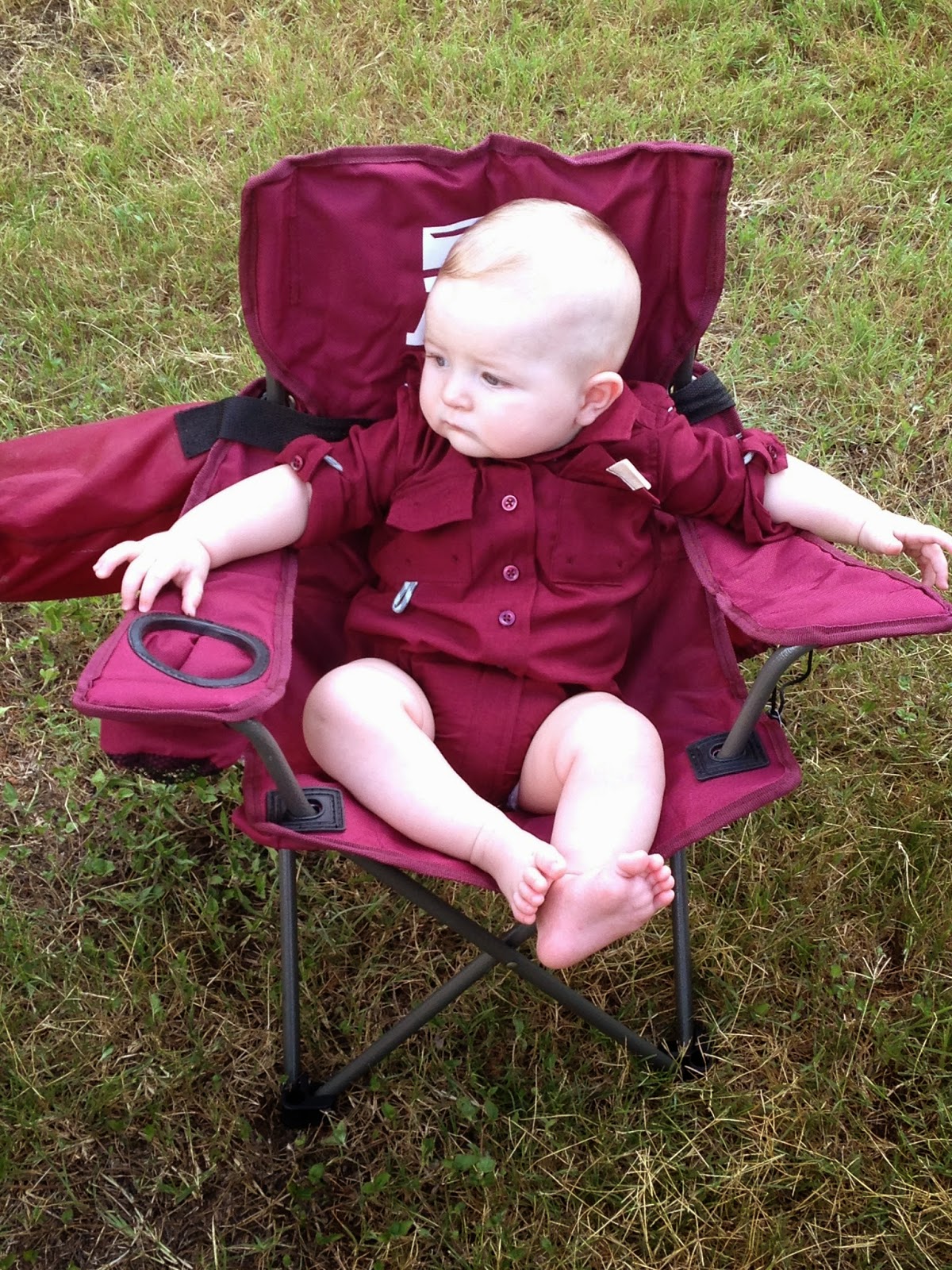 His little Aggie fishing shirt didn't last too long because it was HOT. 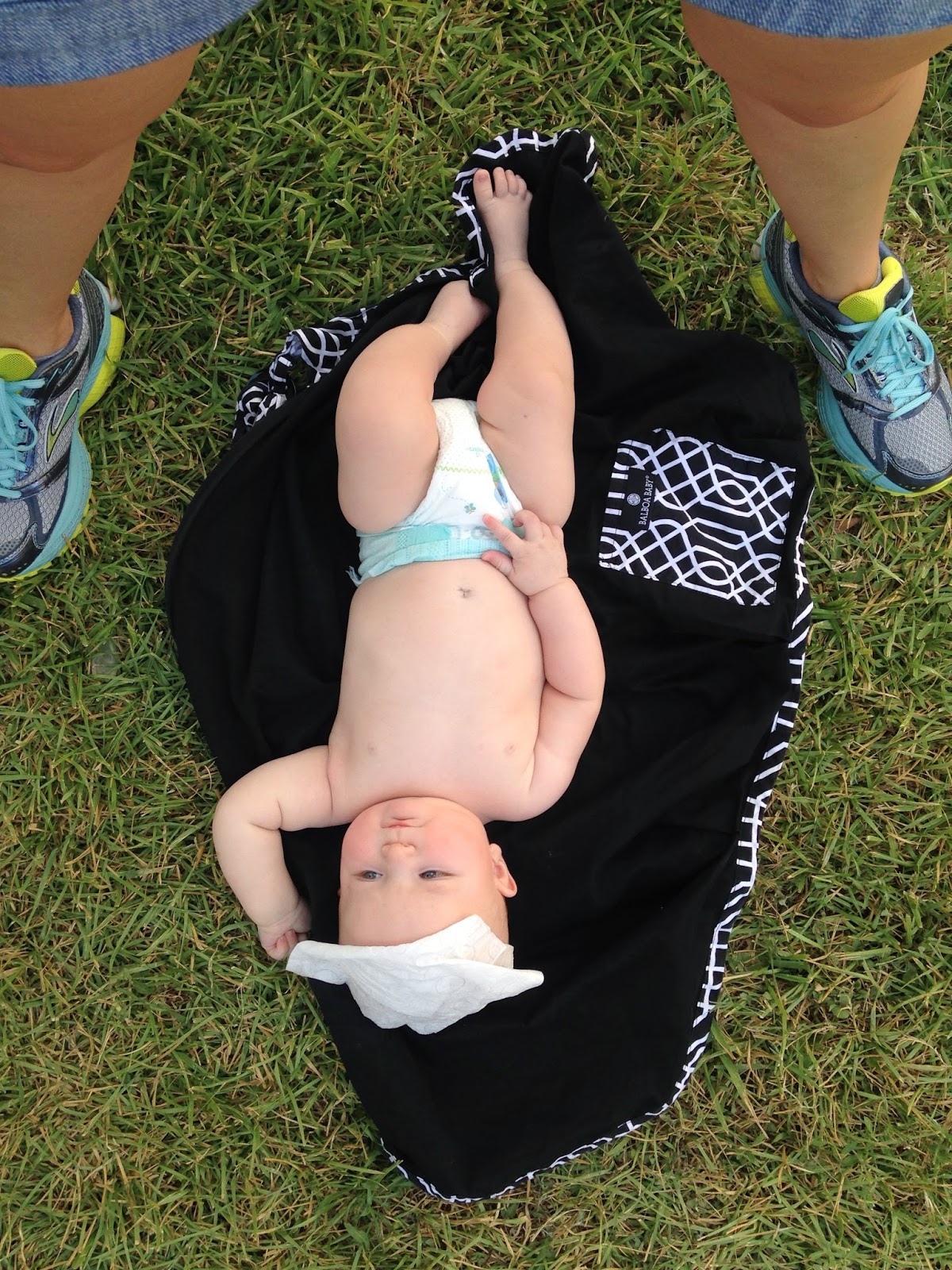 But both kids did great and the day was so fun! 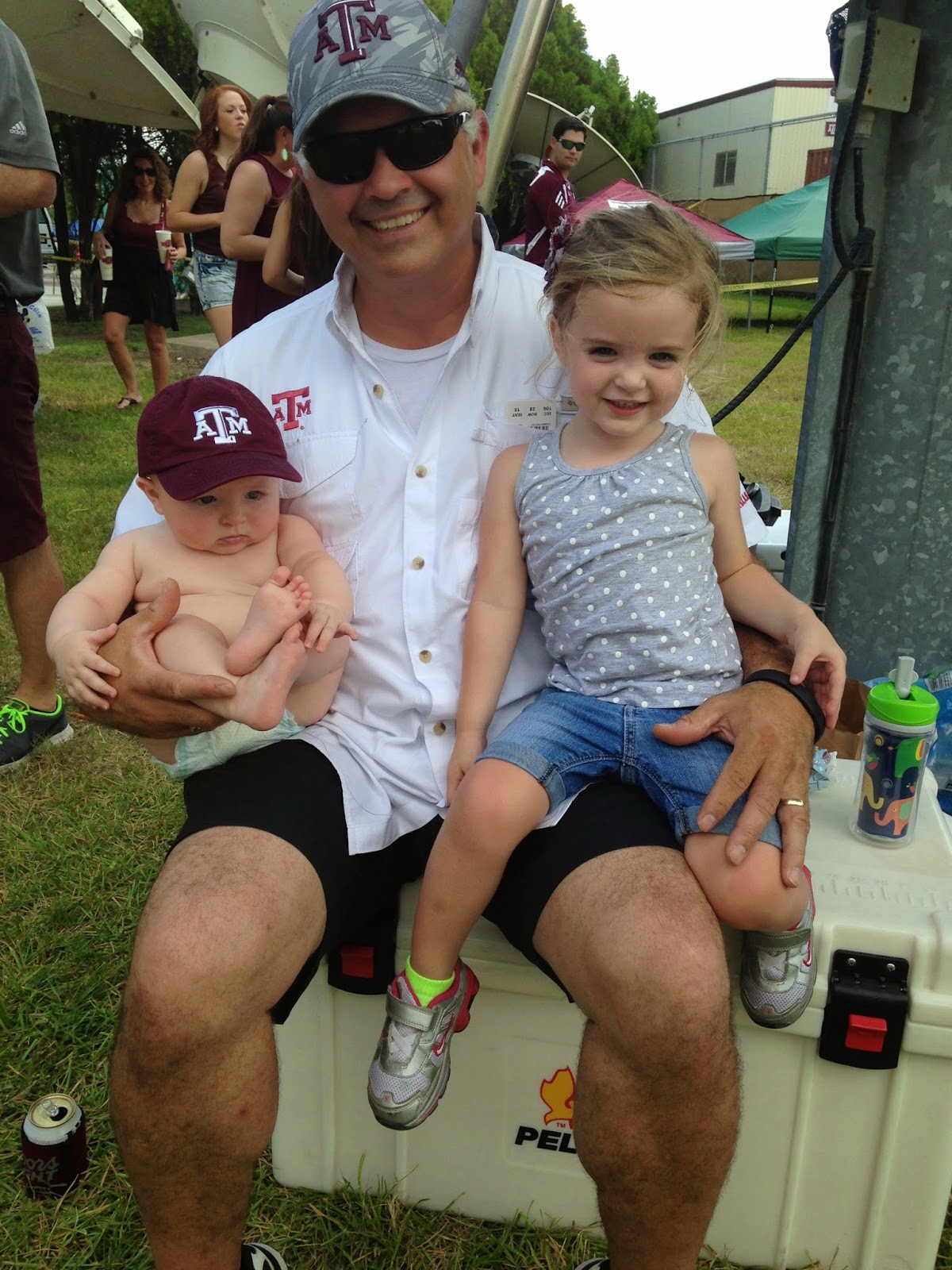 My cousin Ruben brought his bike and took Sawyer and Emme on a tour of campus which Sawyer absolutely loved. 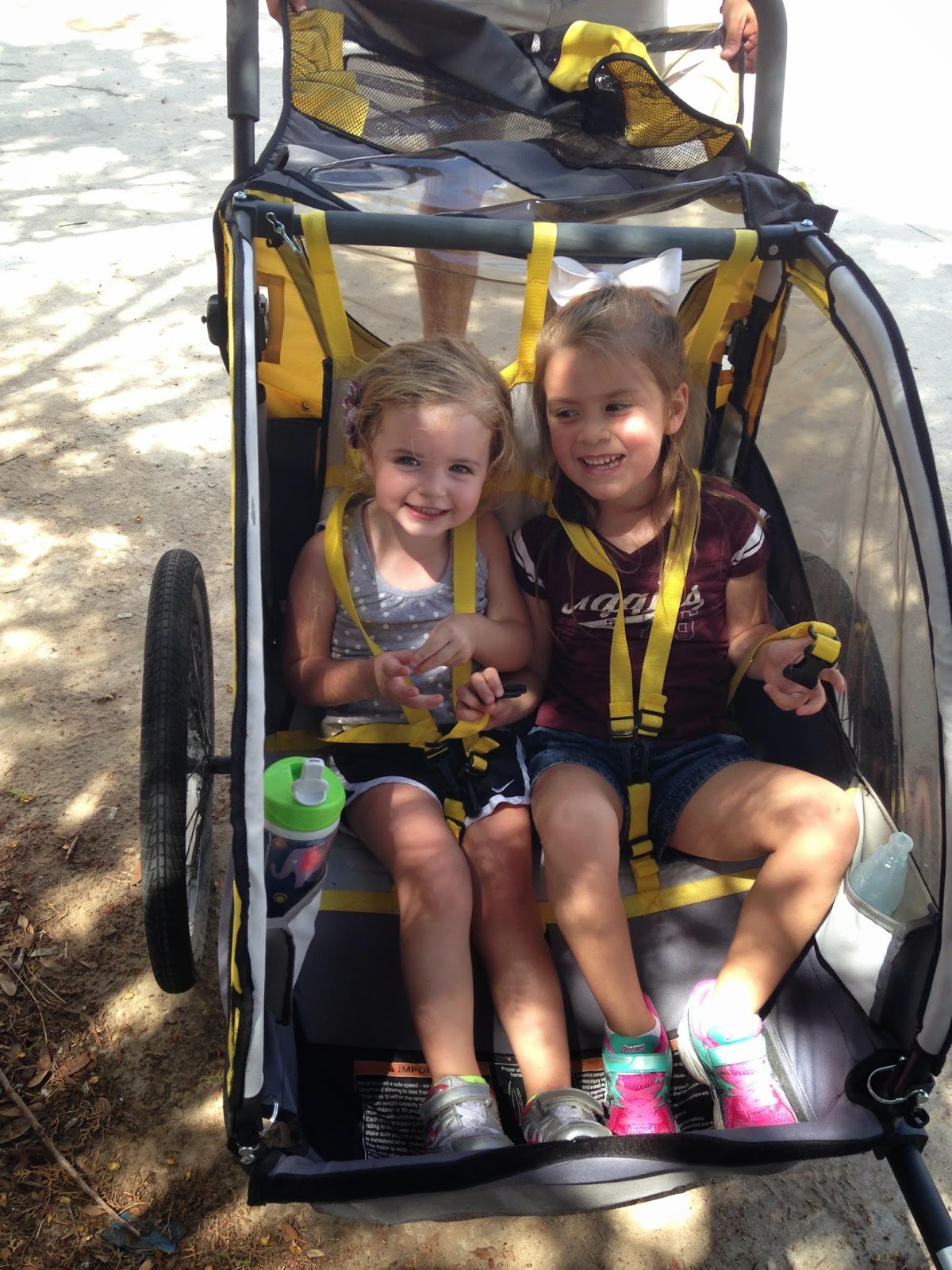 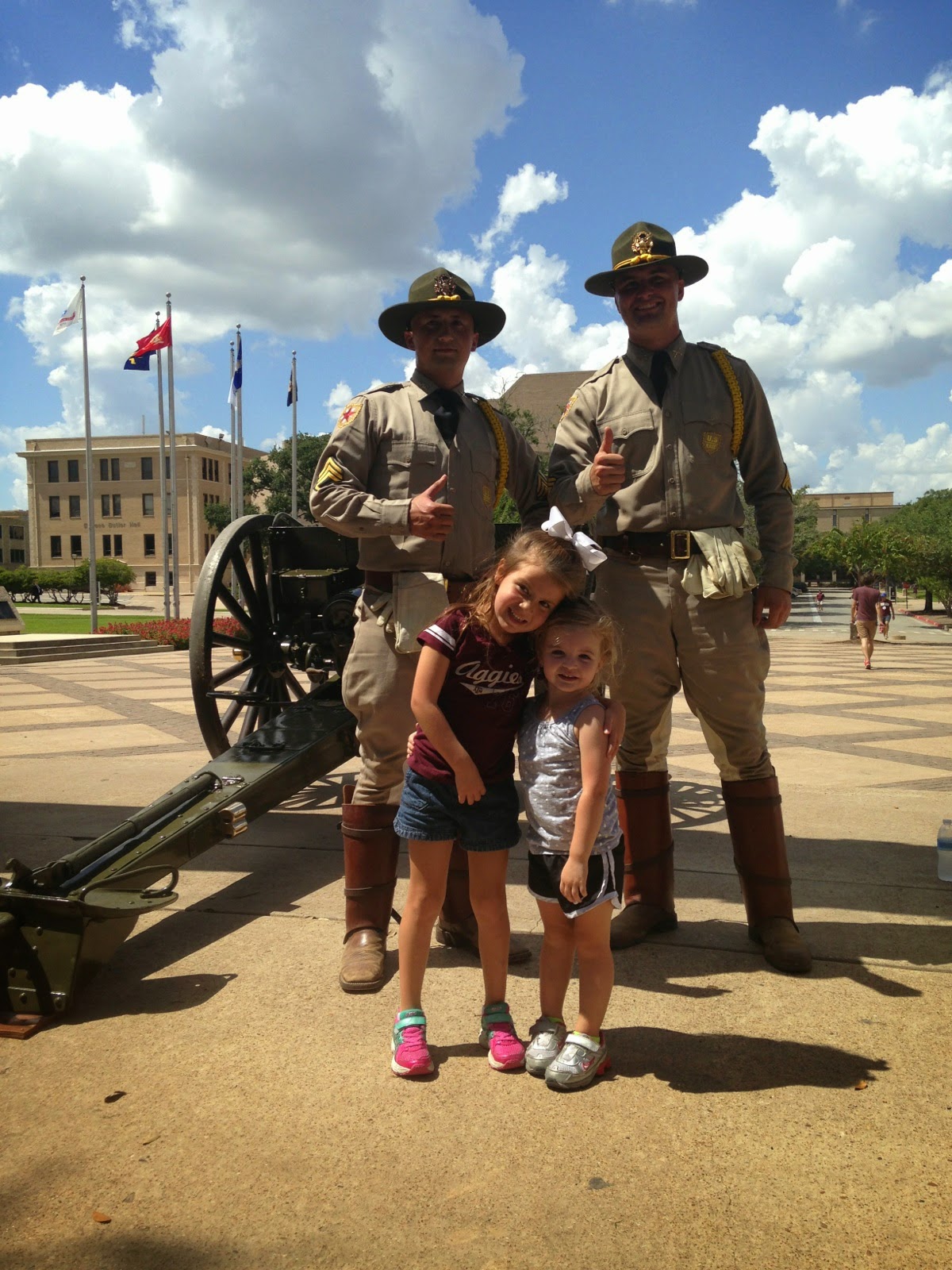 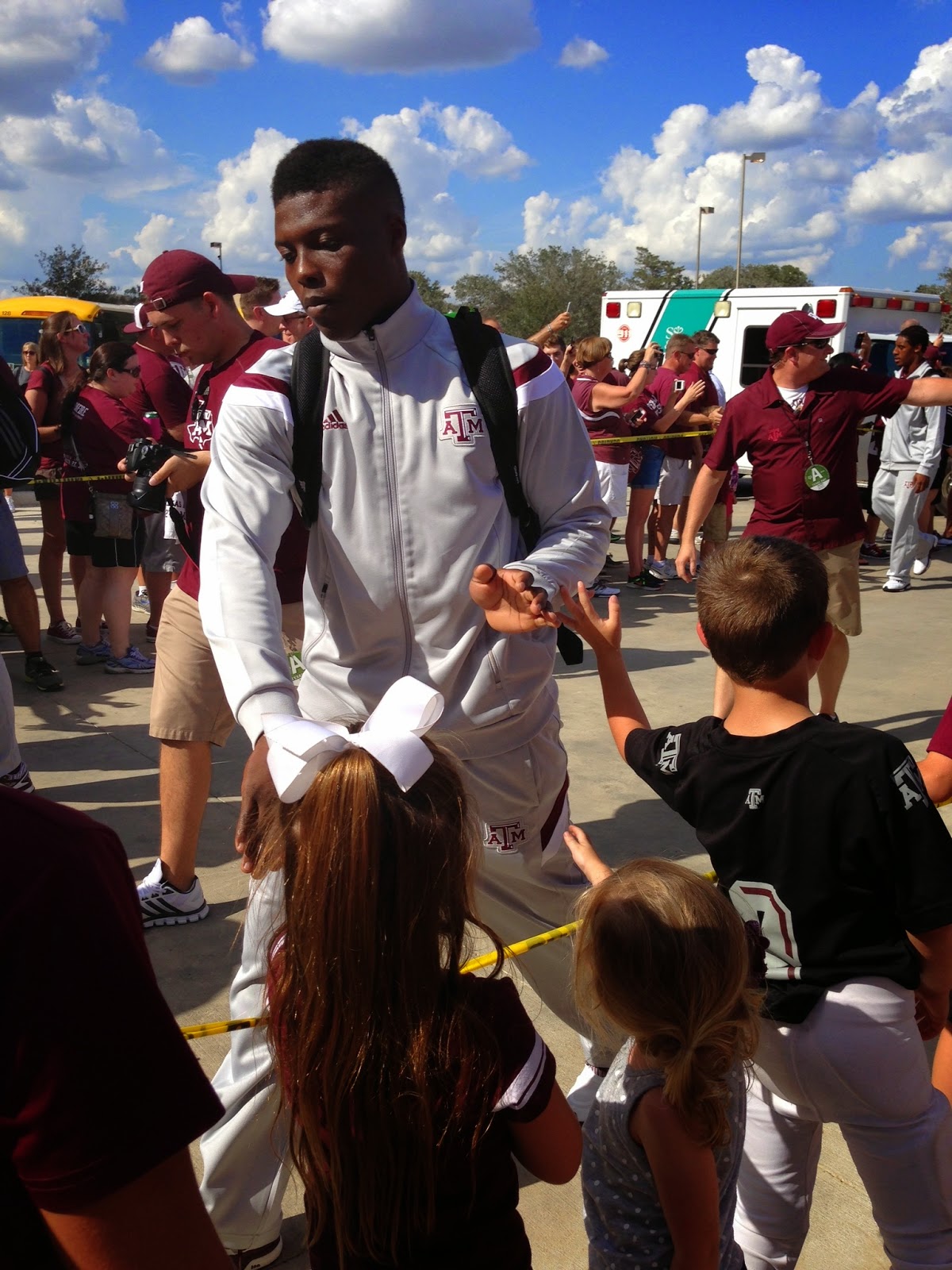 And then Sawyer got to go to the game with her Daddy. 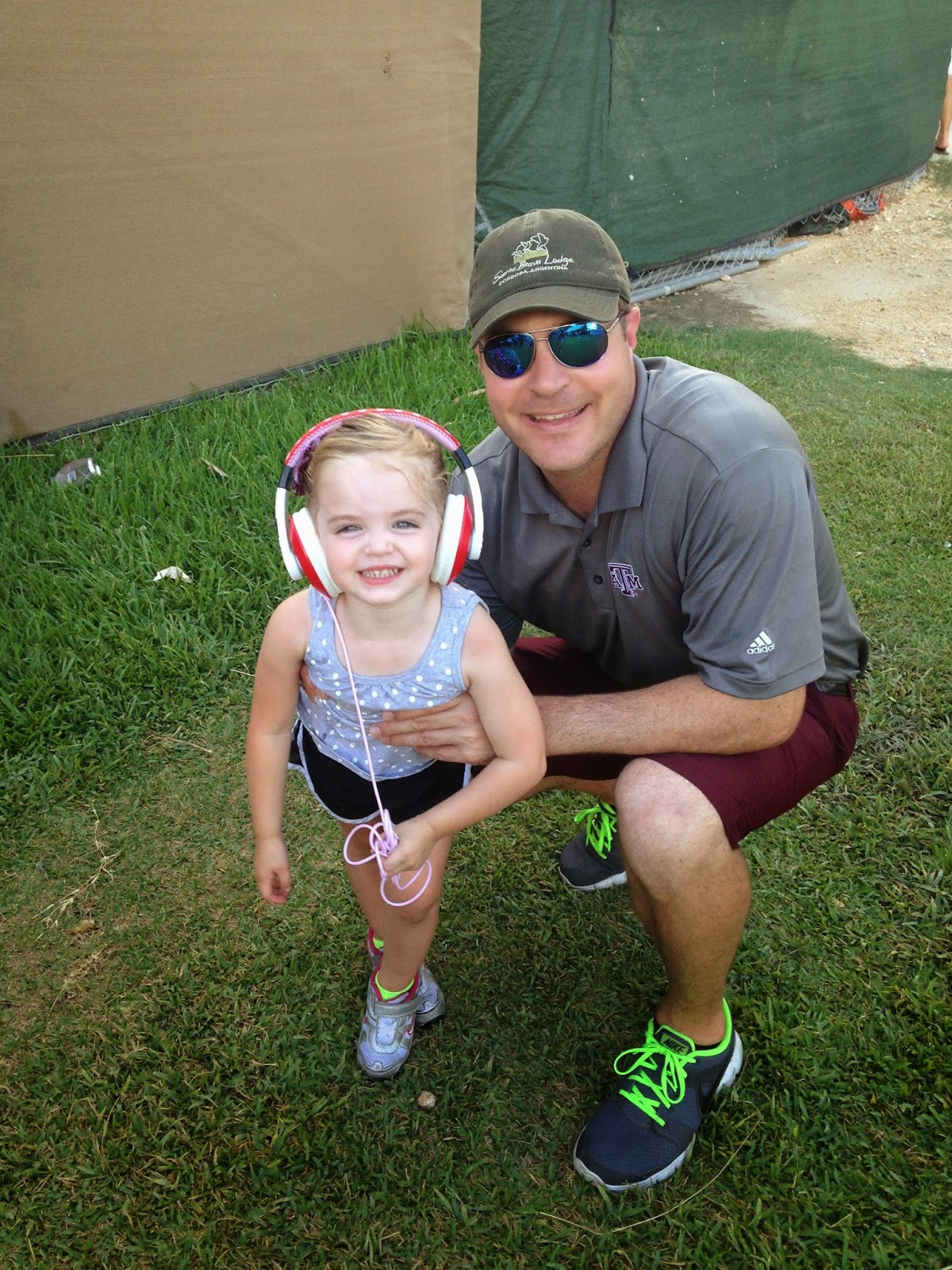 Despite the almost 3 hour rain delay, she had the best time! 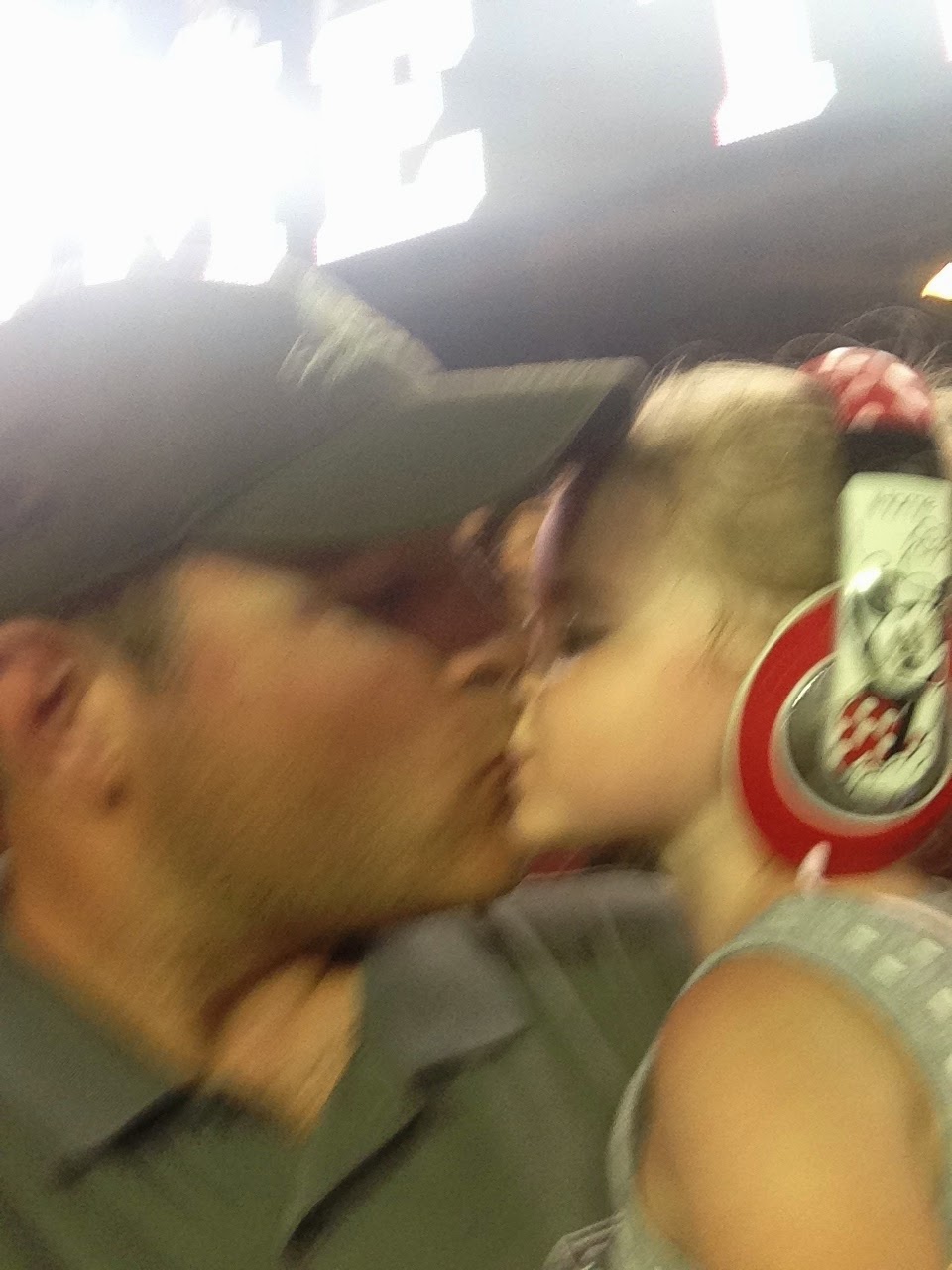 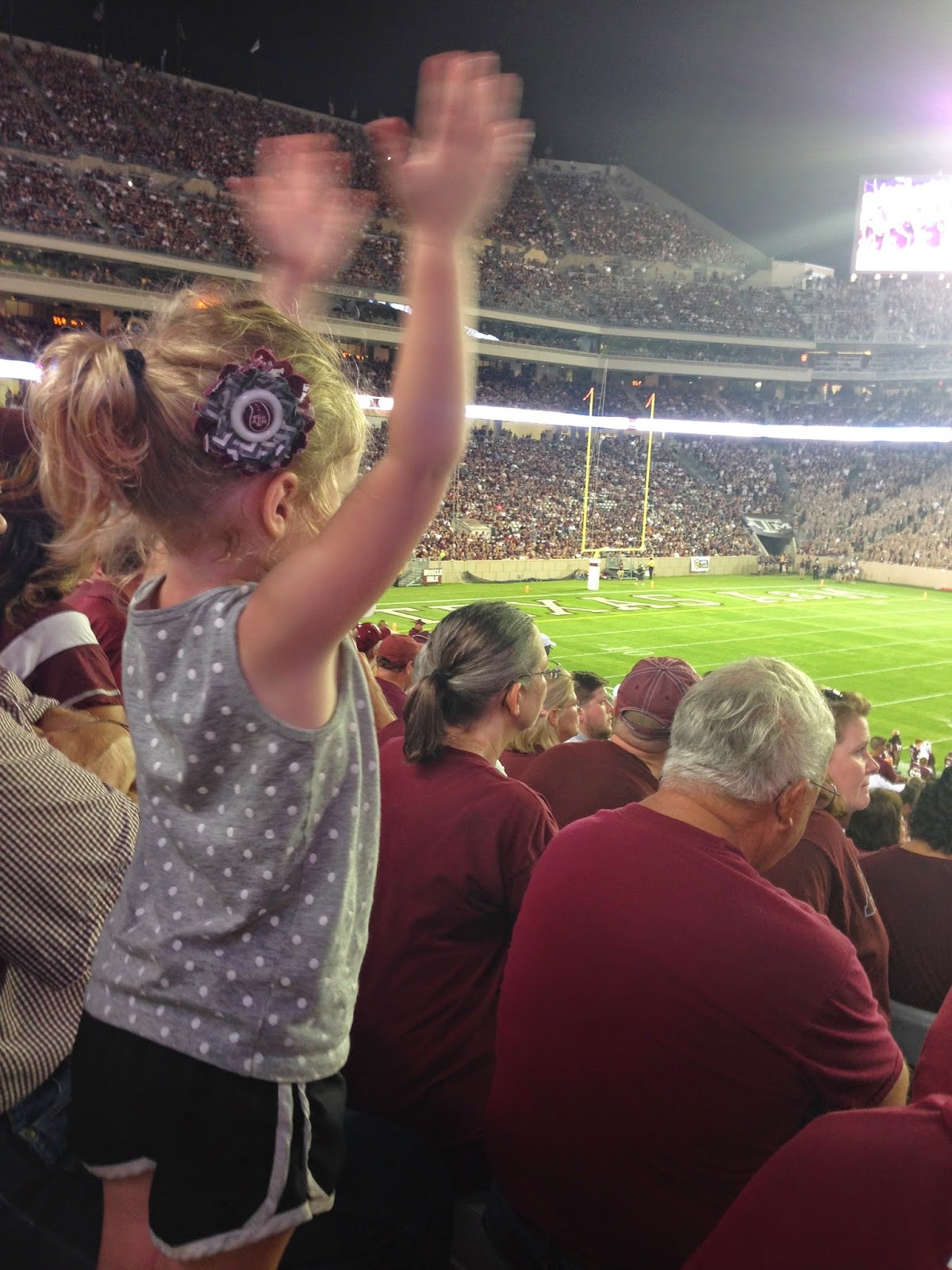 They only stayed half of the game because of the delay and she didn't even make it back to the car before she was asleep. 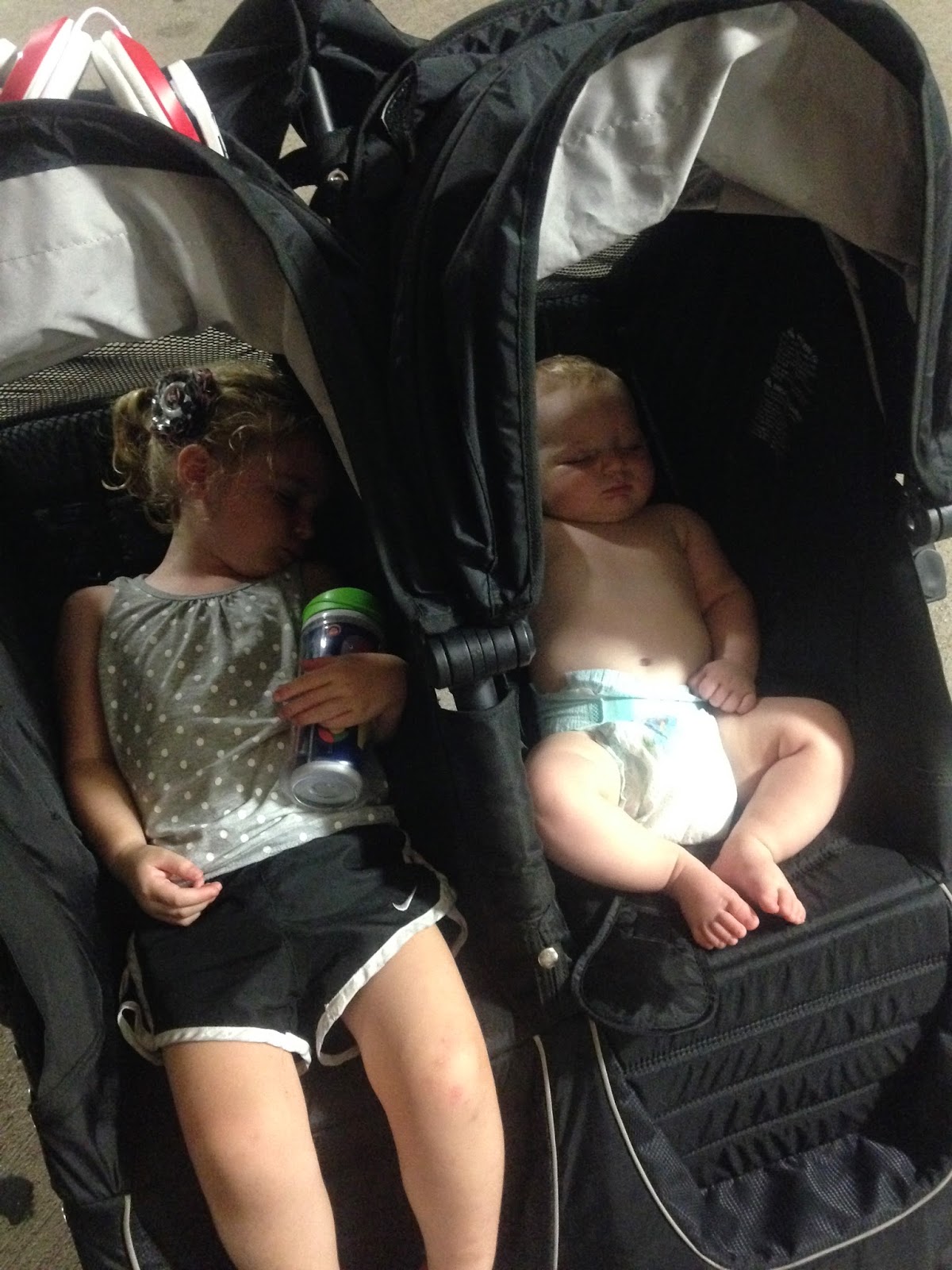 And, Ty still didn't have clothes on.  A couple weeks later, we made the trip up to Dallas for the Arkansas/A&M game.  This time it was Ty's turn to go to the game and Sawyer got to hang out with my mom and Mimi.  Mostly because I have no choice but to take him every where I go because he is anti-bottle.  But fortunately he did great!  We met up with Brooke before we went in... 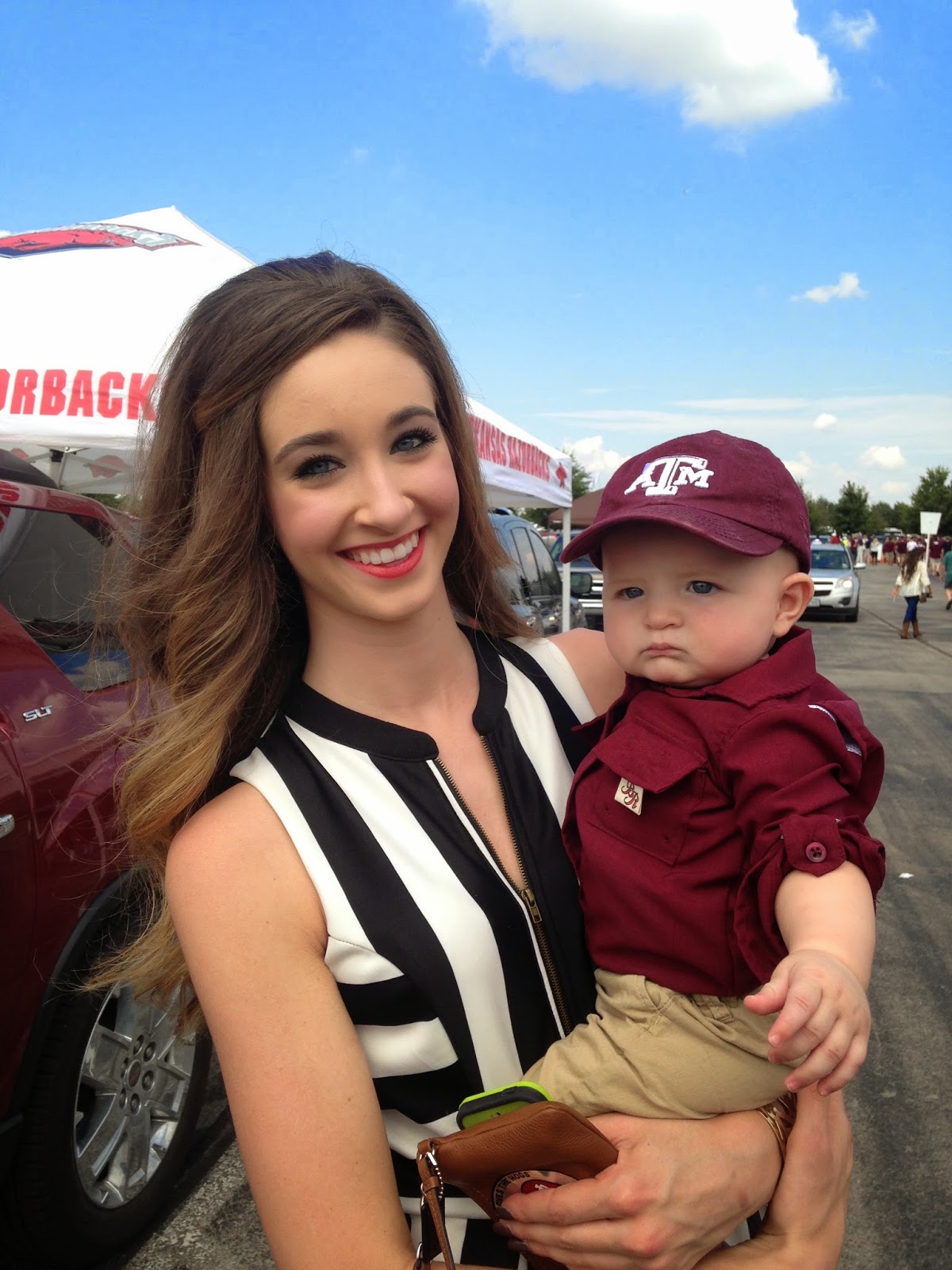 He slept through the first quarter... 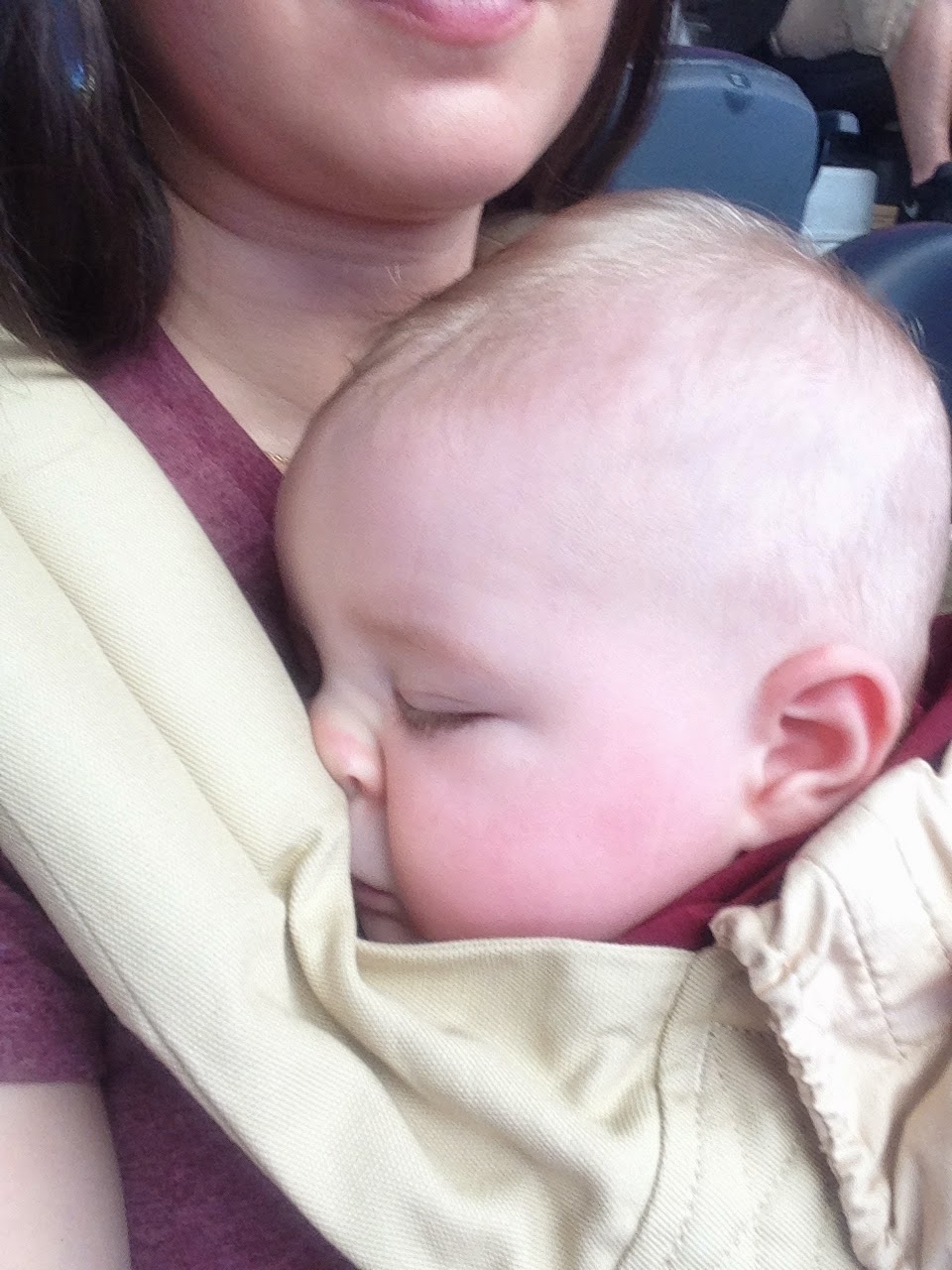 Hung out for the second... 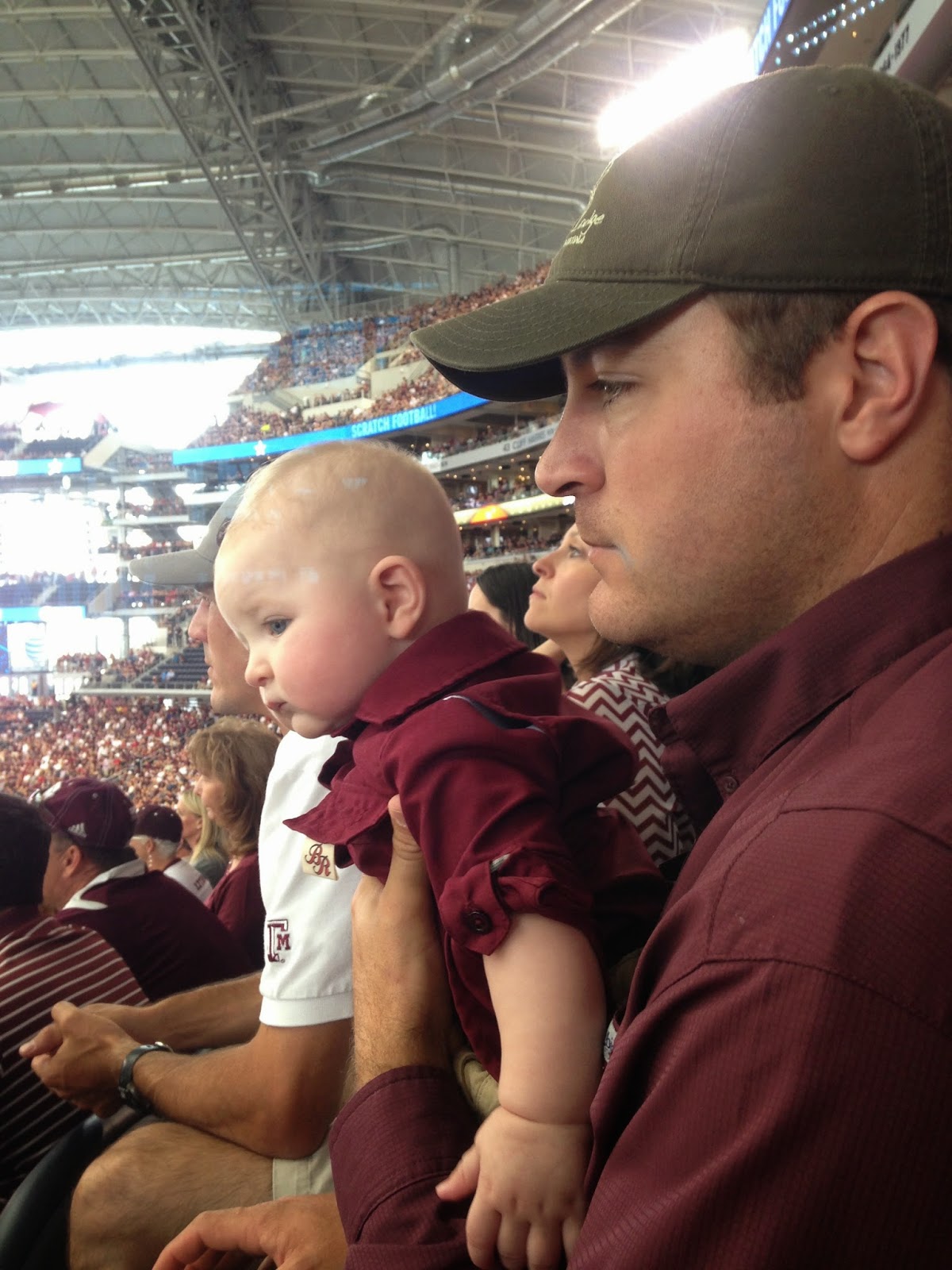 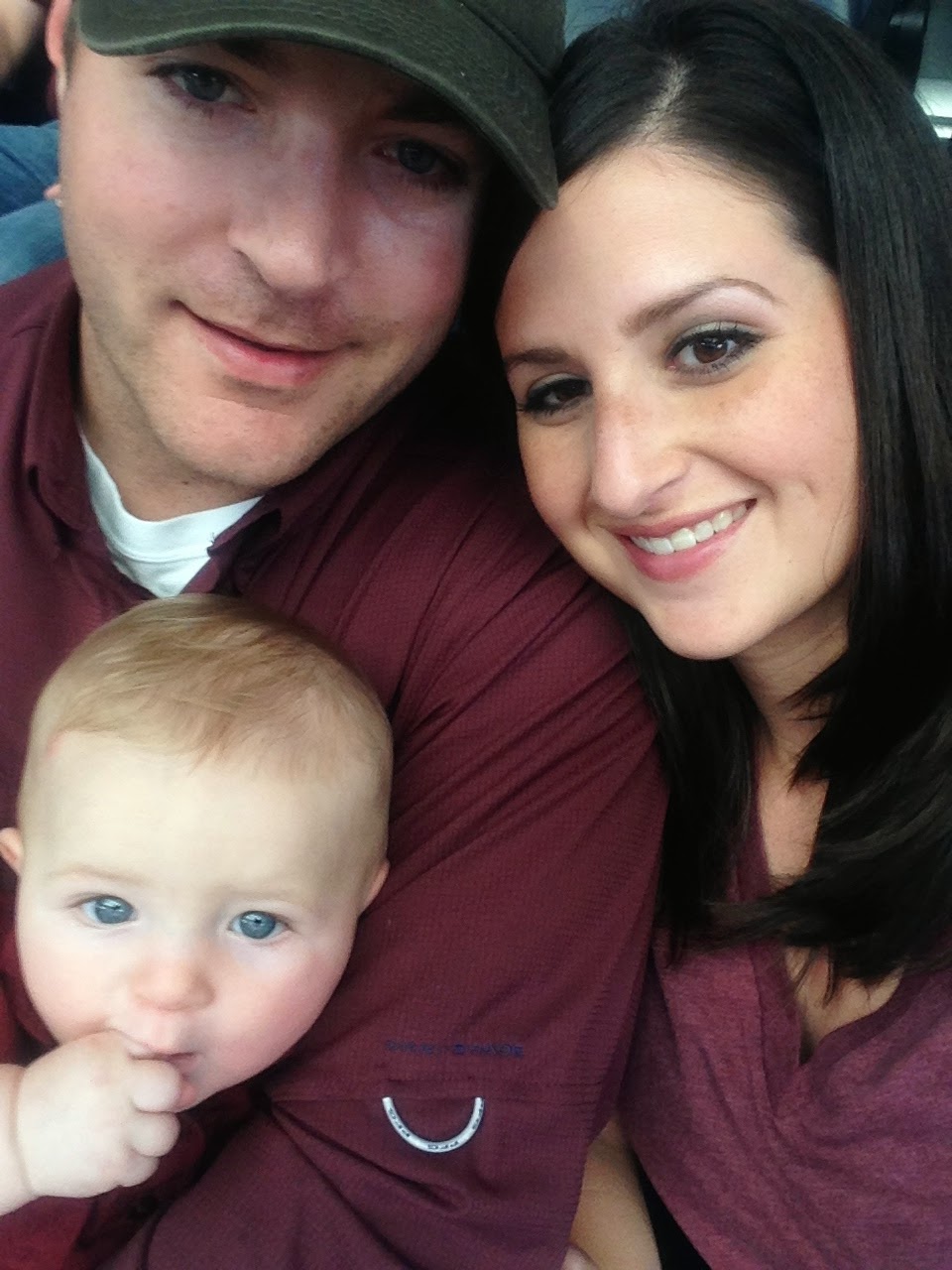 Took a break in a lounge area a stadium worker was nice enough to let us borrow for a bit... 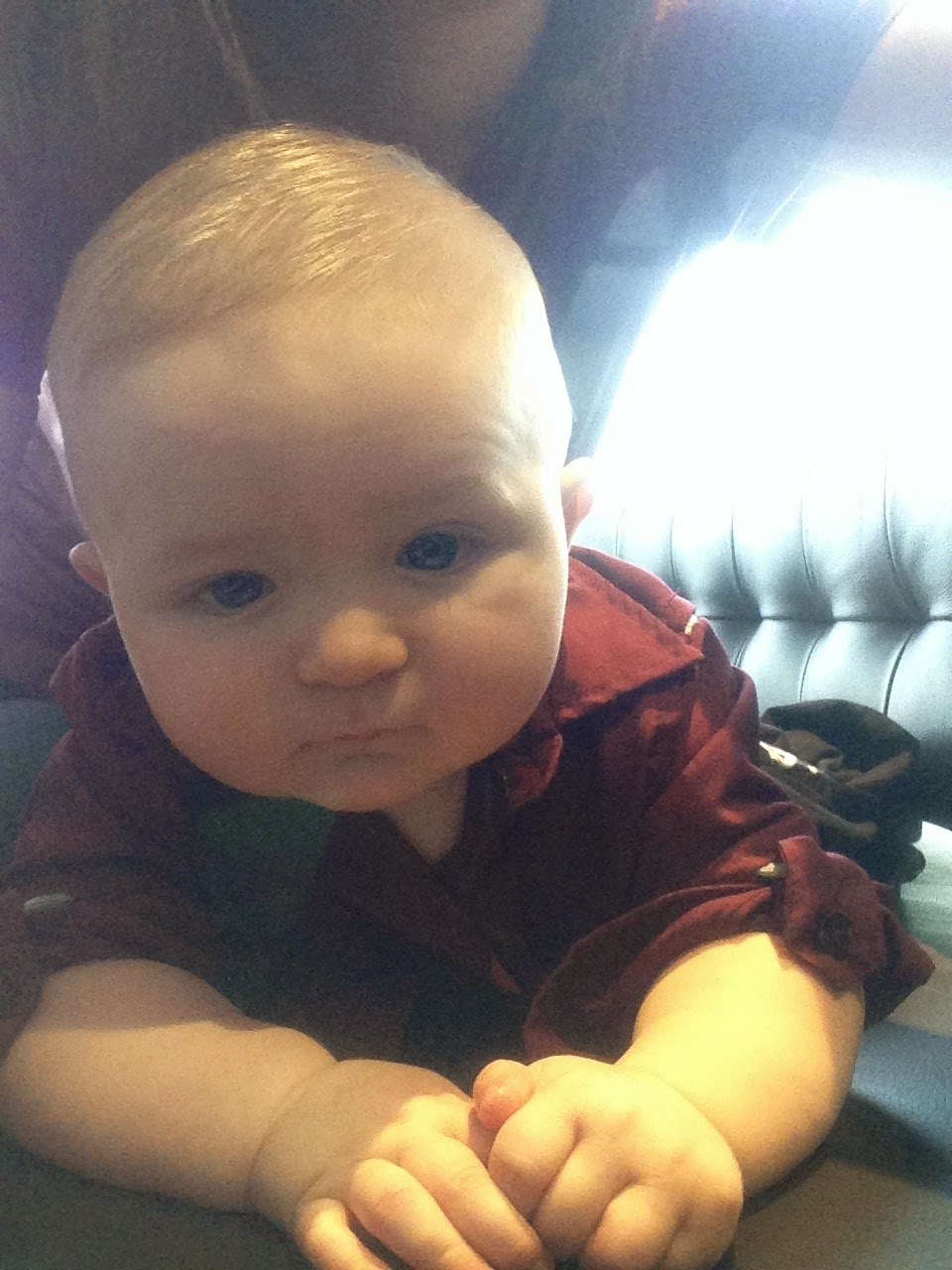 And went and visited with cousins during the third...this was right before he puked allllllllll over Forrest - great first impression since it was the first time they met! 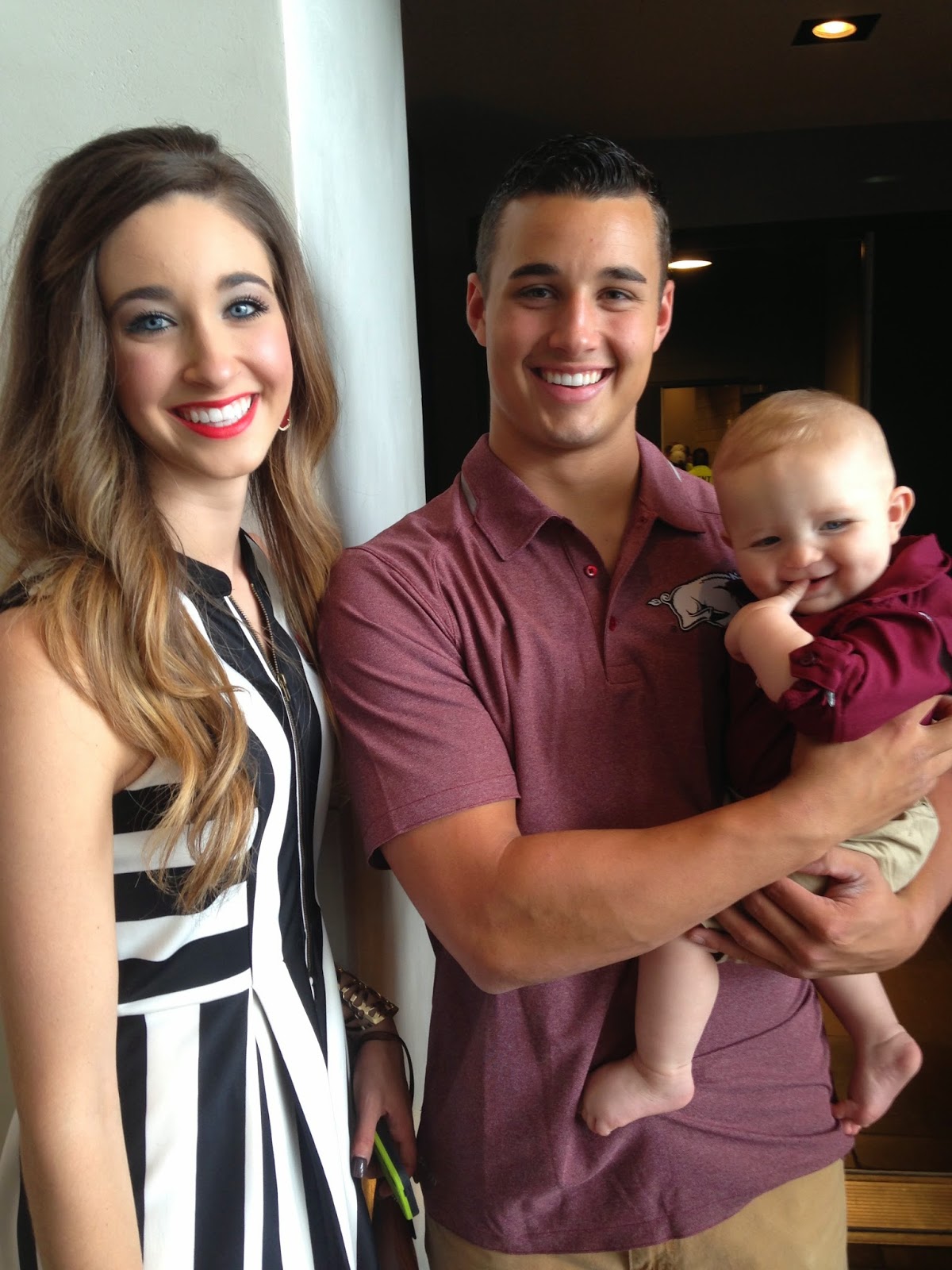 And then it was back to sleep for part of the 4th. 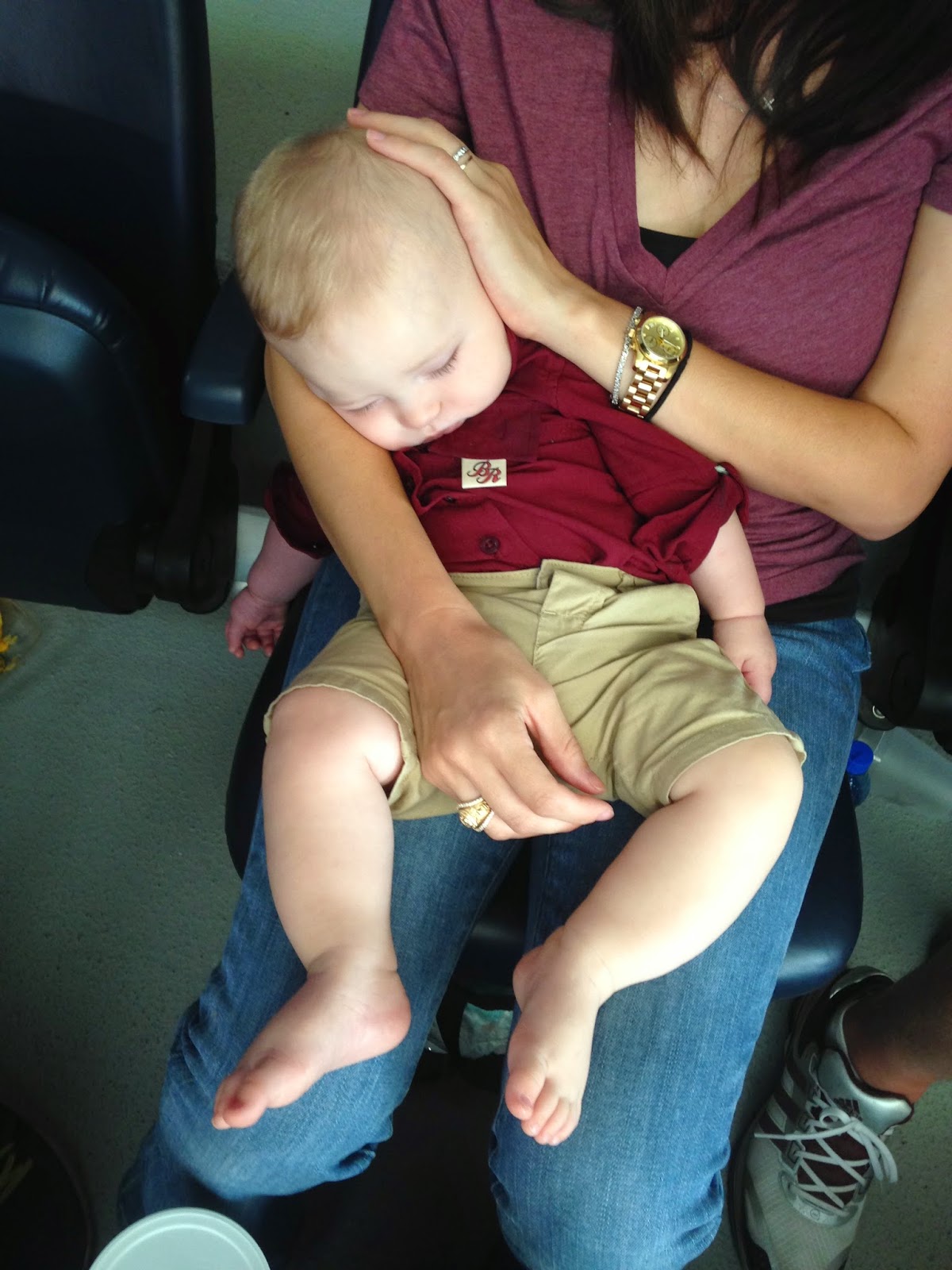 Until the Ags decided to wake up and make a come back...it got a little loud for Ty so we watched it from the concourse and fortunately were able to walk away victorious.  Barely. 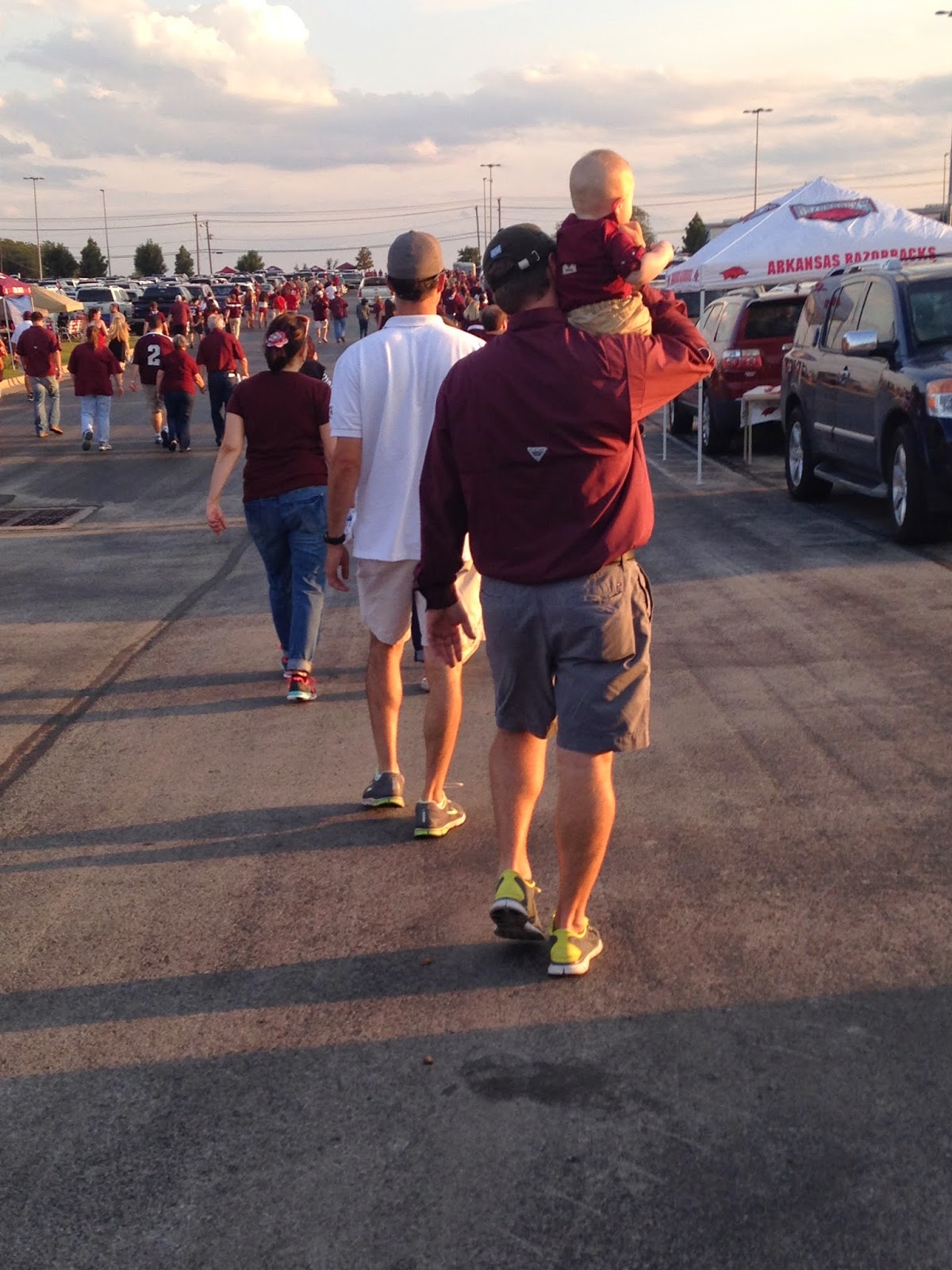 I'm looking forward to many more years of family football traditions, Aggies or not (ahem...Brooke & Forrest), the family time and tradition is what its all about!  Hopefully those years are filled with lots of Aggie wins - it just makes for a more pleasant drive home =)

Posted by Unknown at 10:46 PM No comments: Links to this post

My name is Tara, I live just outside of Houston with my wonderful husband, Barry, our 2 kids Sawyer and Ty and our sweet dog, Lori. I work as a Sports Dietitian. This blog follows our family life and my, now very occasional, attempts at turning not-so-healthy recipes into ones that are much improved nutritionally, but still taste great! 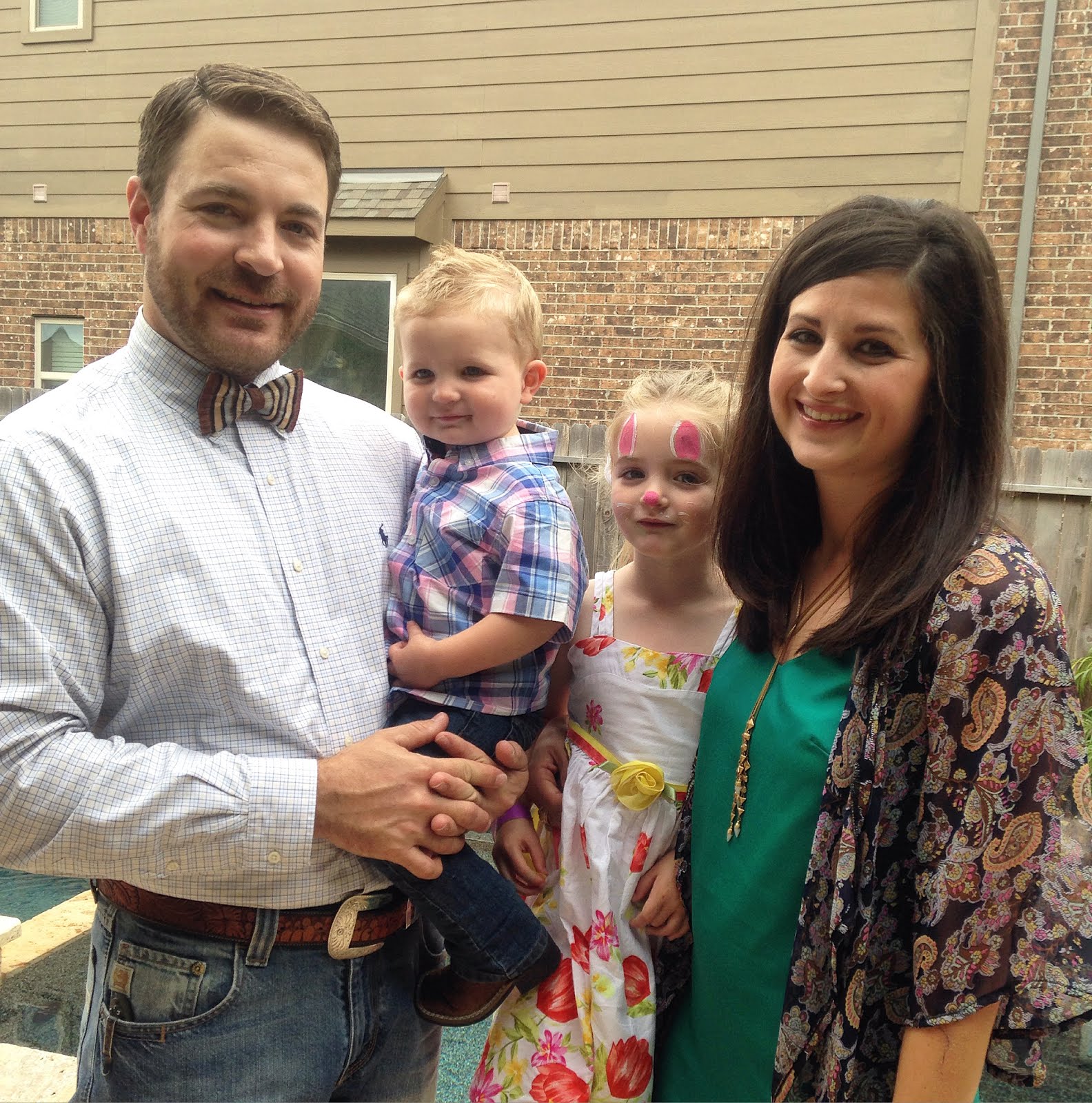 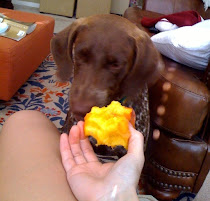